In a modern world of smartphone videos posted to social media in seconds, nearly everyone is familiar with film. Few have an understanding of how to do it well. You don’t have to be Steven Spielberg to produce great video, but you surely can take some hints from the pros. Todd Chappell‘s filmmaking guide, “Video Production Primer,” will fill us in.

Have A Strong Start

It is easy to become camera-eager; don’t just run out and start shooting video. This is the biggest mistake you will make. Chappell calls the first step of filmmaking pre-production. It is the most important step and should take the longest. Pre-production consists of planning out everything from the shoots to the budget. Write the script: whether it will be a screenplay for fiction filmmaking, or a two column AV script for documentaries and other nonfiction film. Another frequent mistake is basing your story too heavily on interviews. Films are visually-based, therefore you should be leaning on images just as much as voice-over.

Getting Down To Business

The most well-known element of filmmaking: the actual shooting. Chappell calls this step production. Some basic do’s and don’t when you are behind the camera:

Once the actual video is captured, there is still much to be done. The last phase of filmmaking, according to Chappell, is post-production. This consists mostly of editing and exporting. You’ll need video editing software. The Video Production Primer shares the four most common programs: Final Cut Pro, Adobe Premier, iMovie, and Windows Movie Maker. When editing, Chappell suggests three steps:

Videos are typically exported are for web or DVD. Export at the highest possible resolution, and if you are exporting for web keep file small.

As always when producing for digital media, show your project to others. Ask them if anything is confusing or if any of the transitions are abrupt.

One thought on “Filmmaking: Behind the Scenes” 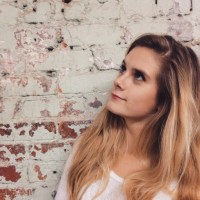 Straight From The Heart of Sisterhood

Exploring all things related to the popular streaming service: Netflix

The Next Big Thing